New album "SIDE$HOW" is out now on Bandcamp (artist friendly) and other platforms! 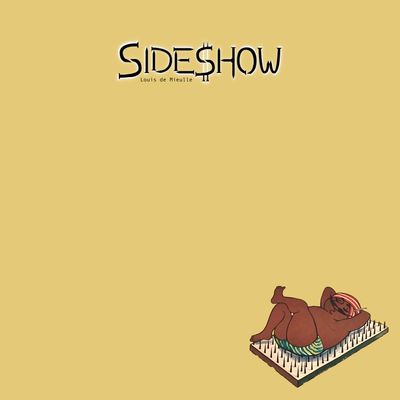 A sidestep from Louis' more serious musical experiments
Loose and fun jam session between Brooklyn friends
A sideshow's a great way to make easy money on the side! Bring your children!

This first Sideshow album features the track "Bed of Nails", a cosmic Nu Jazz journey where sonic spikes tickle your brain and body.
Watch out for more Sideshow attractions in the near future!

Recorded live in a studio and on a Brooklyn soundstage, this album is a drastic departure from the computer-generated DUAL (2017) and Outside The Square (2018), which were meticulously assembled and edited, note by note.
SIDE$HOW is a release-after-tension affair.
Based on a simple ostinato, the eight variations are mostly improvised on the spot.
Economy of means at the service of musical interplay.